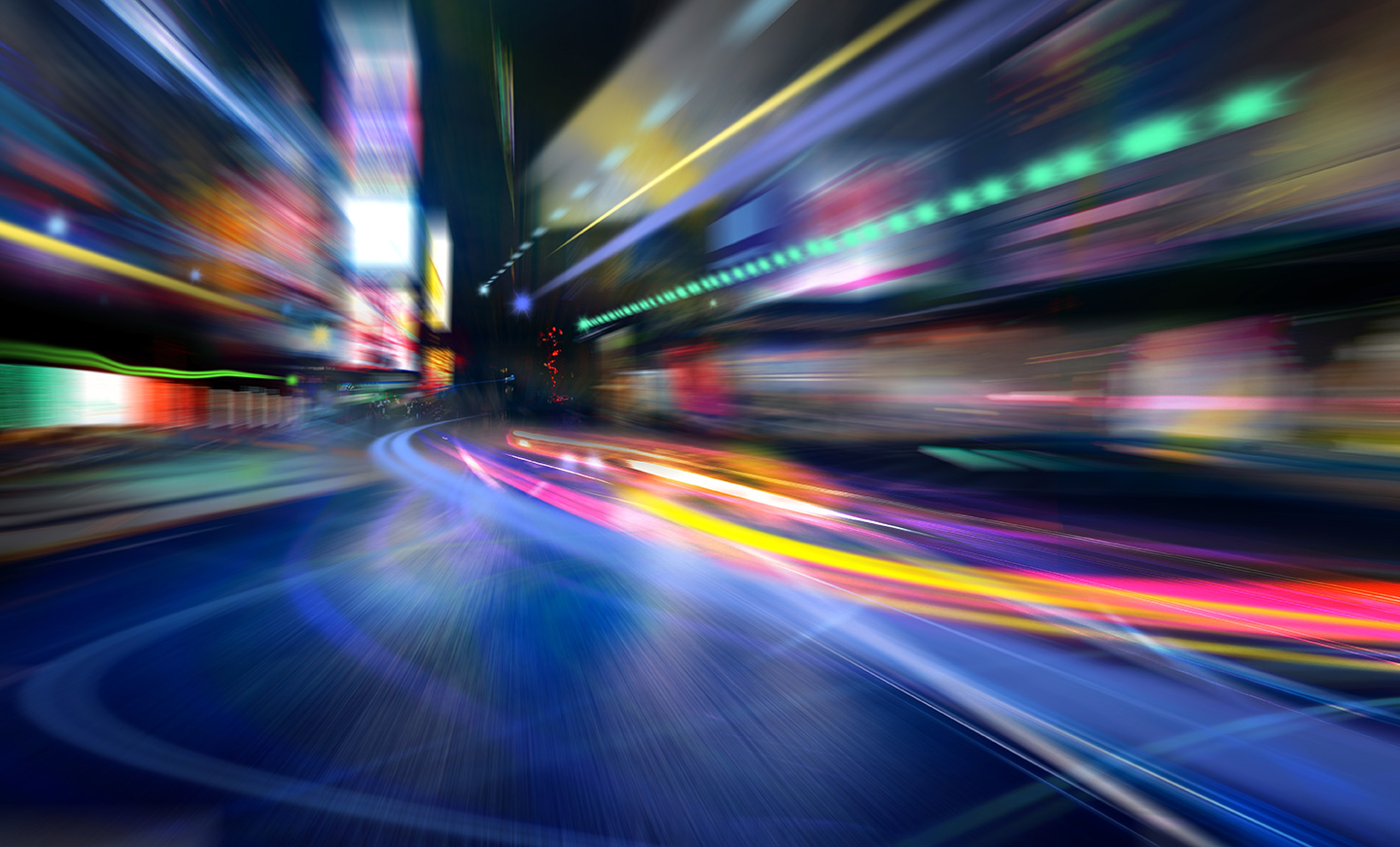 Reasons to be skeptical of a UBI, plus a brief sketch of decentralized alternatives

Not since the carbon tax has there been a proposal hotter than that of the universal basic income (UBI). Big Tech luminaries such as Mark Zuckerberg and Elon Musk have expressed support for the scheme.

The idea is that some ultra-lean government body cuts everyone a check periodically. No one is left to live in poverty, because once you establish a reasonable poverty line, the UBI ensures no one lives below it.

For the poorest among us, life won’t be easy. But everyone under a UBI can meet his or her basic needs. No matter one’s income, each citizen will get, say, $1,200 a month. A UBI combines economic efficiency favored by the right with redistributive aspects favored by the left.

In fact, bipartisanship is a big reason the idea has gotten legs:

There is much to recommend about the UBI. In some respects it would be preferable to the status quo. Those enamored of the public ledger (blockchain) think a UBI is even more promising because such a technology has the potential to protect the system’s integrity.

But we have some deep concerns about a UBI — or at least the sort of UBI that is currently being floated among the cognitive elite. With the following, I offer some reasons to be wary.

So when you pay people to be relatively poorer, they are more likely to remain relatively poorer. Some UBI proponents are convinced that incentive effects will go away. People who are less stressed about meeting their basic needs will actually be more productive, proponents argue, because they will have the financial freedom to experiment with different career options. And one might find anecdotal cases where that could be true.

But for the vast majority, a UBI will create legions of human house cats. Living on a UBI might not be all that uncomfortable if you can afford a room, ramen noodles, and an Xbox to while away the hours. One need only look at the perverse effects of the U.S. welfare state, which in 1996 lead President Bill Clinton to sign a welfare reform bill that was designed to unwind intergenerational cycles of poverty begun largely under President Lyndon Johnson’s Great Society.

Many people are comfortable with the idea that there will be a massive superstratum of people who simply exist without knowing the dignity of work. A few imagine not work, but more ‘generative behavior’ such as art, or that people will be gathered like ancient Greeks in the agora, dreaming up grand theories together. From the standpoint of productive, socially-beneficial output, such a condition is likely to generate considerable deadweight loss.

Another quite troubling feature of UBIs currently under consideration is that it would be administered by a large, powerful central government. Pass a UBI and suddenly you’re conferring a massive lever of power to that very government. Let’s suppose that there is a UBI of $10,000 per year, per person. That’s an enormous new system of incentives, a Skinner Box of epic proportions. Let’s also imagine the bill that creates the UBI leaves open the possibility for certain conditions being placed on citizens to receive their UBI check each month. According to statute, such conditions can be determined by the administering agency. You know, one of the Trump Administration’s agencies!

Maybe you think Donald Trump is wonderful. If so, then imagine the politician you hate most controlling the levers of incentive for every single American Taxpayer. Is that something that sits comfortably with you? An awesome degree of power now lies in that hated politician’s hands. Just think what they can get away with given the threat to withhold those funds. (Consider for example, laws that require people to take drug tests to collect welfare checks; or any number of paternalist schemes.) A UBI could very well evolve into a mechanism of central control that works in the service of ends that run counter to your values.

But a UBI shouldn’t have conditions placed on it, nor be used as a lever of control, say proponents, laboring under the Unicorn Fallacy.

Romantics about a UBI ensure us that any such system will be immunized from politics. Like Social Security funds, it will be a special fund locked away from politicians and their influence. (Comedic pause.) It will work like an algorithm, redistributing funds like clockwork, without conditions, to everyone — that is, of course, if it can get passed.

I would ask the reader carefully to consider what sausage, first ground along the corridors of K Street, has ever been ideal. What angels staff the halls of Capitol hill? In other words, why should we expect that whatever UBI has the political feasibility to pass would be pure in the way UBI proponents hope? It is not a stretch to say that no bill has ever gone through Congress and come out of the process elegant, simple, and ideal.

A UBI is supposed to establish a poverty floor, so that people simply get inured to poverty starting at a certain level. The belief is that in this ideal form, it won’t create as many perverse incentives. Whether or not that hypothesis is true (it is most certainly not), the threat of suspending someone’s UBI is a tremendous stick and carrot, thanks to the human propensity for loss aversion. Politicians know this. And you better believe they’ll use it to their advantage.

Politics is as much about the art of compromise as the science of corruption. If there is no perceived political advantage to enacting a UBI it will be a dead letter. Therefore, the only way to get a UBI of this type will be to accept just the sorts of compromise that will make it an instrument of power that is not always going to benefit the people (even if you think free money is beneficial on net).

Few people take the time actually to sit down and ask whether or not a UBI is even affordable. A couple of people have done that work for us, though. Robert Greenstein of the progressive Center for Budget and Policy Priorities lays it out starkly:

“There are over 300 million Americans today. Suppose UBI provided everyone with $10,000 a year. That would cost more than $3 trillion a year — and $30 trillion to $40 trillion over ten years.

This single-year figure amounts to more than three-fourths of the entire yearly federal budget — and double the entire budget outside Social Security, Medicare, defense, and interest payments. It’s also equal to close to 100 percent of all tax revenue the federal government collects.”

Even if you cut the above UBI in half, it would still “cost as much as the entire federal budget outside Social Security, Medicare, defense, and interest payments.”

UBI proponents often respond by suggesting that a UBI simply be taxable, which makes it less than universal. Still, that sliding-scale approach means that the great bulk of Americans, having little to no tax liability, would fail to offset the cost. Put another way, the savings would only reduce the cost of a UBI “to something like $2.5 trillion or $2.75 trillion (or $25 trillion to $27.5 trillion over ten years)”, according to Greenstein.

Much of the above concern overlaps with our concerns in 3 above, because it’s romantic to think that any major program would go on the chopping block. Under what circumstances will the Pentagon give up its goodies or will people be willing to give up Social Security or Medicare? If we are not prepared to add to the looming tsunami of debt that awaits Americans due to the Big Three entitlements, then we have to figure out where to cut. And spending cuts are the political equivalent of flying pigs.

“There is a quality even meaner than outright ugliness or disorder,” wrote the late urbanist Jane Jacobs, “and this meaner quality is the dishonest mask of pretended order, achieved by ignoring or suppressing the real order that is struggling to exist and to be served.”

When aid is centralized and doled out from distant capitals, it can destroy the invisible filaments that bind people together. Like the centralized welfare state of the twentieth century, current conceptions of a UBI likewise threaten the structures of mutual aid and real community that arise among people with common interests and common needs.

Under the current conception of a UBI, everybody everywhere gets the same amount. But $10,000 in Manhattan is not the same as $10,000 in Mississippi. In other words, the economy, including the cost of basic living expenses, will create differential treatment for people due to considerations one might consider arbitrary under most ideas of equal justice.

Notice that in Jackson and Chattanooga, a $10,000 UBI would cover someone’s rent almost entirely, but in San Francisco or New York it would not. This is usually why labor costs are higher in more expensive cities.

These relatively unregulated areas of the economy mean better, faster cheaper prices for things we might think of as non-essential, such as smartphones, apps, TVs and toys. But if we were to add a UBI to those differences, we’d be likely to see a de facto incentive for people to spend more in those areas, where they can get a better deal (which zips us back to Problem 1. above).

This list is certainly not exhaustive, but it should give us pause in the face what seems to be a daily diet of UBI boosters’ fare.

It’s not enough to criticize without offering an alternative. But in the interests of brevity, I want to offer the sketch of a larger idea to which we’ll later return: Distributed Income Support Cooperates (DISCs). This clumsy name and acronym are designed to limn a system that could avoid some of the pitfalls of a UBI outlined above.

DISCs would be preferable to UBIs because they are will satisfy the following criteria:

These criteria are not meant to be exhaustive. They are rather a sketch designed to show we are thinking about the future of mutual aid in the era of decentralization.

Update: Please see the full write up on DISCS here. Then see one software developer’s suggestion on how to build a DISC MVP here.