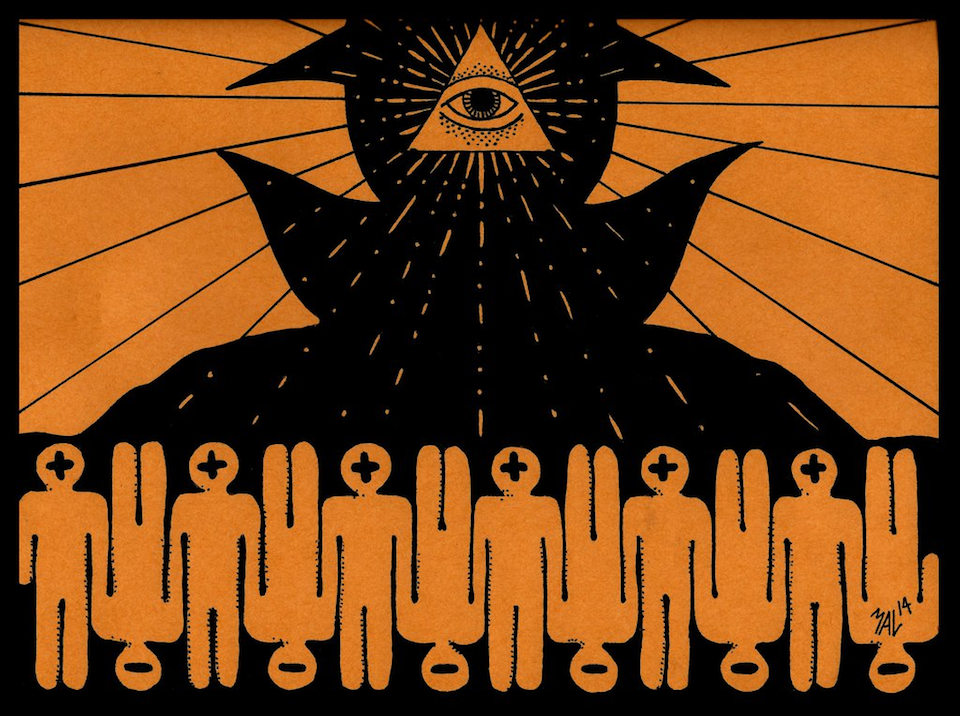 Let’s be honest: We’re set up for a democracy of rubes and that scares us

The coordinated outrage against Cambridge Analytica is brilliant strategy. What better way to neutralize your opposition in a midterm election than to create the appearance of impropriety?

All this whistleblowing is a psy-ops campaign, not a scandal.

The effect? Cambridge Analytica’s CEO steps down. Zuck folds like a Dixie cup. The narrative gets reinforced. The Blue Church strikes back. Everybody buys the story and a great con continues.

If you’re suddenly interested in “ethics” of using big data in elections, then your timing is, well, curious. Either you have been blissfully unaware of micro-targeting practices that have been called “brilliant” and “innovative” since the Obama’s 2012 victory, or your sudden yearning for election integrity is motivated by partisan team spirit.

Never mind, though. Let’s go deeper. Because if propagandizing the masses during elections is of real concern to anyone, then maybe we’re looking at the wrong problem.

Maybe we should reconsider our system of government.

The Trouble with Democracy

Since when did we have some expectation that people are going to behave “ethically” when it comes to elections? And why is it that anyone would think that sophisticated targeting and use of social media data is somehow wrong?

Putting aside the notion that partisans are moralists (they’re not), I think the concern is more that no one wants to be governed by anyone who is susceptible to targeting. At best they’re pliant jellyfish. At worst they’re just wrong about everything.

(Let’s define rube as anyone you don’t agree with and you think you’re smarter than.)

What’s wrong with our system is majoritarian rule itself.

There, I said it.

It’s a tug o’ war between the “fors” and “agin’s” — the Red rubes and the Blue rubes. Every issue requiring subtlety or lateral thinking gets reduced to an either/or binary to be taken up by the two tribes. Second-rate pundits and pamphleteers try to corral the rubes to their respective polling stations, mainly to prop up an illusion that the people are in control. (They’re not. And they never really have been.)

The following is a brief critique of democracy, followed by a brief set of suggestions for how we can improve.

Whizbang tech like liquid democracy can’t do much to fix the above. Democracy had a good run. We need a different system altogether.

“What do you suggest if not democracy?”

In the search for some palatable alternative, pundits like Nathan Gardels are searching in vain:

The Progressives sought to combine the direct democracy of the ballot initiative — which they introduced so citizens could make laws directly — with smart government administered by non-partisan professionals and experts.

Similarly, a key innovation of democracy today would be to proactively solicit priority concerns from the public through open platforms, empower knowledgeable officials to process those concerns into effective and consensual policy responses on a non-partisan basis, and then go back to citizens directly for approval of those proposals at the ballot box before they become law.

This sounds like referendums + faith in experts + faith that they be “non-partisan.” Throw in a dash of liquid democracy and you’ve got the latest fashion in easy-click governance. But this simply won’t do, for the reasons we enumerated above plus a healthy does of skepticism about experts. It’s just rubes with computers, or unaccountable technocrats, or both.

I will offer much greater detail in my forthcoming book, The Social Singularity. Until then, please consider this tentative list.

Some combination of the above can solve many of the problems of democracy, as these are the tools of decentralization. Of course, with any such change you can create new problems. But problems are much more easily resolved when they’re localized and affect fewer people at once.

How does one bring about any of the above?

Step Two is to work to establish special economic or cultural zones, as have many countries around the world. Polycentrism needn’t be an offshore phenomenon, as these zones could help the most vulnerable areas attract people and capital. If it has to be done abroad, though, so be it.

Step Three is to migrate into a cloud jurisdiction. Blockchain and crypto technologies allow people to experiment with new systems of peaceful interaction, which rely on either “trustless” systems, or systems of hypermediation in which members operate more as a hive mind governed by reputation, incentives, and different kinds of smart contracts.

For what it’s worth, I believe Step Three is the most promising avenue, especially when coupled with Step Two.

The Integrity of Elections

The idea that partisan or tech wizards could come along and sway an election is hard for a lot of people to swallow. But let’s be honest: The real reason people freak out about Big Data is that there is way too much at stake in any given election. America, like many countries, has become too top heavy.

And yet many people love all that power when they fancy their angels are being installed to wield it. But as soon as those angels are replaced by villains, suddenly one side is worried about the integrity of elections.

“Integrity” — Read: “Figure out how to keep rubes from turning out.”

“Ethics” — Read: “I worry my team might lose the upper hand.”

This two-step between political expedience and feigned concern for integrity is a bipartisan dance.

For the winners, the ends justify the means. For the losers, integrity is conveniently front and center. If you think I’m being cynical, just consider how the mainstream media openly advocates for candidates. Nobody seems to worry about the “ethics” of that phenomenon, unless of course they are on the losing end of it.

If the whole thing weren’t such a spectacle designed to hand power to so few over so many, we wouldn’t worry so much about the process.

It’s time to unleash the power of decentralization. Then both the rubes and the elites will have to build their own utopias.