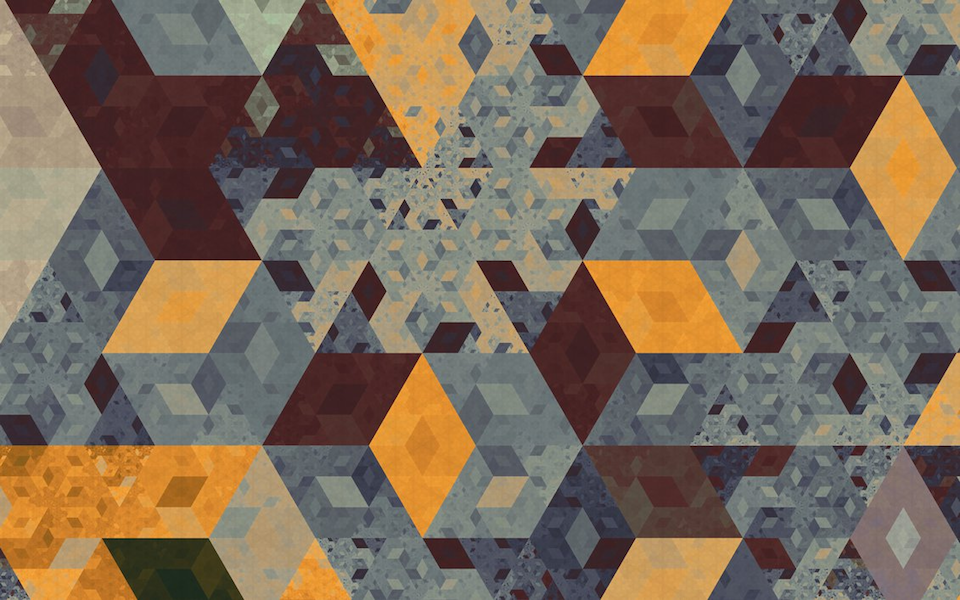 Can Psychedelic Augmentation Prepare Us for Societies of the Future?

What is the difference between a disease and a disposition? And what if there were compounds that were just as effective at changing political perspectives as treating mental-health disorders?

One hesitates to bite off too much, as psychedelics and decentralization technologies seem like two completely different topics. But each is a force with the power to change the course of history: The former can change the way we organize ourselves; The latter can change our personalities.

What happens when we combine them?

Before we get into the implications, let’s set the stage.

By now you’ve heard that nationalism is resurgent, in particular authoritarian nationalism. The rise of Trump, Brexit and other nationalist movements around the world have been a something of a backlash against supranational bureaucracies that formed after WWII. In the eyes of many, these power structures have become elitist, top heavy, and unaccountable.

Nationalism — for good or ill — is often the first refuge for people who feel ignored by elites. It offers a sense of identity and place, especially if that sense gets personified by a demagogue.

Unless you’re into crypto tech, a somewhat quieter phenomenon — technological decentralization — is starting to reorganize humanity. As I wrote in our introductory article, “Welcome to Social Evolution,”

Satoshi Nakamoto held a vial of universal acid over the metal gears of a great machine and poured. Since then, that acid has been eating through the gears. And it eats. (Bitcoin) And it eats. (Ethereum) And it eats. (EOS, Aragon, Emergent, Holochain, etc.) There is a long way to go, but that great machine’s vulnerabilities are being exposed.

The pseudonymous creator of bitcoin had set something very important in motion: subversive innovation.

The punchline here is that the power of the nation-state is being threatened by technological forces that all us to operate like a network superorganism.

Some of us are becoming peer-to-peer — a few, radically so. And, of course, this process is at odds with authoritarian nationalism.

So what does this have to do with psychedelic augmentation?

A series of recent psychiatric studies show that certain psychedelic compounds not only allow people to become more open to experience, but they can help them be less authoritarian. That means psychedelics can rewire your brain and change your personality.

In the journal Psychopharmacology, Taylor Lyons and Robin Carhart-Harris report on a pilot study showing that “psilocybin with psychological support might produce lasting changes in attitudes and beliefs.” Specifically, they conclude that nature relatedness increased and authoritarianism decreased in subjects, even after many months. “At 7–12 months post-dosing, nature relatedness remained significantly increased (t(5)=−2.707, p=0.021) and authoritarianism remained decreased at trend level (t(5)=−1.811, p=0.065).” (See the research here and here.)

In light of these findings, I offer the term psychedelic augmentation, though we should be careful not to cram any of this news into crude political binaries.

In any case, what we’re talking about here is not just temporary, like taking an antidepressant. Using these compounds is straight up biohacking: rewiring your neurons.

The implications of psychedelic augmentation are monumental. So if humanity is going to evolve towards a condition of greater peace, freedom and abundance, we have to stop thinking in simple binaries. And as with anything so powerful, this needs serious dialogue.

We have to be circumspect along a number of dimensions if we’re going to consider psychedelic augmentation. Such includes:

Ought and Is. We shouldn’t confuse the positive with the normative, that is, values with facts. Just because it’s possible to change people’s personalities doesn’t mean we ought to. So, jumping to extreme conclusions such as “We ought to dose Trump voters” or “We should put LSD in the water” is enormously problematic and, well, authoritarian.

Dispositions and Survival. We should remember that human beings evolved an array of dispositions, all of which helped them survive at some stage during our brief journey through time. For example, why did we evolve an authoritarian instinct at all? And despite the word’s connotations, what are healthy expressions of that instinct we might not want to suppress? And what are some unhealthy expressions of dispositions psychedelics might unleash?

BS and Bias. There is too much at stake here. Being conscious of our biases will allow us to avoid the sort of bullshit that passes for discourse today. We have to admit first that we are all governed by our biases, a fact that goes to the very heart of what is at issue here with psychedelic augmentation. Can we be dispassionate enough to see where our biases might lead us astray, or push us into dangerous territory? We should try.

With these in mind, let’s go a little deeper.

When it comes to our socio-political dispositions, Mary Douglas and Aaron Wildavsky had an interesting set of ideas called the “Grid-Group Theory of Cultural Change,” which other scholars have validated. The rough idea is that people can be classified in one of four basic quadrants:

These four categories are determined by two crossing axes, called “grid” and “group”.

The grid axis shows the extent to which people are more or less interdependent in their roles and capabilities, while the group axis shows group cohesiveness, that is, how tightly people are bonded together. A quick and dirty way to put this? Degree of solidarity and degree of specialization.

Of course, we might see interesting animals in the overlaps, so one might see these quadrants as being more like circles of a Venn Diagram. But we’ll keep it simple for now.

Douglas and Wildavsky, of course, emphasize culture. Others, like Jonathan Haidt’s moral matrices, leaves room for both nature and nurture. We use Grid-Group Matrix for illustration purposes and are less concerned with how people arrive at their moral-political dispositions. Neural augmentation moves someone from one quadrant to another through neither nature nor nurture per se.

Now, the research on psychedelics and political orientation might only loosely track with the Grid-Group Matrix. But we know, at least, it aligns with one dimension in particular: libertarian versus authoritarian. And, indeed, we know that when it comes to the five-factor personality battery OCEAN — the O (Openness to novelty and experience) certain psychedelics move the needle.

At the risk of being a bit reductionist, psychedelic augmentation can take people from the upper quadrants to the lower quadrants, but not the reverse.

So what does this mean?

Playing God vs. Playing You

The first thing we have to admit is that there is no metaview, no privileged place from which to evaluate any given cultural personality. Each of the four quadrants — fatalist, hierarchist, libertarian, and egalitarian — lives within us as a species. Each can change relative to the others. And each can be important to surviving and thriving in the world, depending on the contexts in which we find ourselves.

Some will be tempted to play God by making assessments about the degree to which they think “authoritarian” or “libertarian” needs to be turned up or down for the population as a whole. But our dispositions are not rheostats on a great social mixing board. There is no person or group fit to tamper with everyone’s brains. For starters no one can escape this self-same personality matrix. It should not surprise us to learn that we are biased by our own political personalities, and no one possesses a God’s Eye view. So we should resist the temptation to play God or to think too much in aggregates.

Instead, with a little more humility, I would suggest an agent-based approach. In short, we should give more people more choice in determining whether they want to use psychedelic augmentation to better adjust to the realities of an increasingly decentralized world.

And of course, that means decriminalizing psychedelic compounds.

I am fully aware that I risk contradicting myself. What, after all, is more “libertarian” (and perhaps also egalitarian) than suggesting everyone should be allowed to choose psychedelic augmentation in light of their particular circumstances? Am I merely speaking from my own quadrant of the Grid-Group Matrix? Probably. But there is certainly more evidence of benefit.

Maybe we can make concessions to regulators by agreeing that the choice to pursue psychedelic augmentation should be supervised by a psychiatric professional. Such is not a completely unreasonable view. That said, excessive regulation could result in black markets, which will have the opposite effect regulators intend.

Still, powerful tools require great responsibility. Local testing is generally preferable to a large-scale rollout, whether that means elites dosing an unsuspecting public, or companies selling magic mushrooms at the filling station like gum. A more modest rollout might be in order before unleashing the djinn.

In making a case for psychedelic augmentation, however tentative, we have to be clear about our biases (which we’ve done) and then make our case.

With these laid out, I have to reiterate my bias. After all, I just assume here that the decentralization revolution is a largely good thing and that we will want our dispositions to match our environments. I also assume that authoritarian nationalism is comparatively less promising as a movement, and that the associated dispositions are forces we might want to mute.

Maybe a better way of going about this is to claim that decentralization will continue to unfold and gain strength. And in light of that, we should be prepared. Whatever the case, I make no pretense about being able to escape the Grid-Group Matrix. It infects the position I take here. At the very least, I can appeal to those who are sitting with me in the lower two quadrants. The question is: if the goal is to suggest authoritarians choose to become less authoritarian, how do we make that case to them?

The idea is pretty silly on its face: “Hey, you are pretty closed and authoritarian in your outlook. Why don’t you go get treatment for that?”

Let’s assume then we cannot make any intellectual case to authoritarians. After all, authoritarian sentiment can be rooted in emotions like fear. What we will see in the future, then, is a continued strengthening of two divergent movements: one that will seek to reinforce national hierarchies; and the other that will seek to self-organize into powerful peer networks. National hierarchies and peer networks will be at odds, locked in a struggle to decide how society should be organized.

For what it’s worth, I not only think the divergence scenario is likely, hierarchists will have the near-term advantage in such a struggle. Decentralists are likely to prevail in the long term, though.

So what, if anything, should we do?

The best thing we can do is work towards the liberalization (and destigmatization) of psychedelic compounds. Their use as a therapy is far easier to swallow (no pun) than their use as a means of changing one’s socio-political perspective. After all, everyone wants to cure depression and addiction; few if any seek to cure their political dispositions.

Maybe the best case for psychedelics is neither therapeutic nor societal, but rather spiritual. If so, it’s time to dust off William James.